This is an MMS message. Please go to http://mms.telusmobility.com/do/LegacyLogin to view the message. 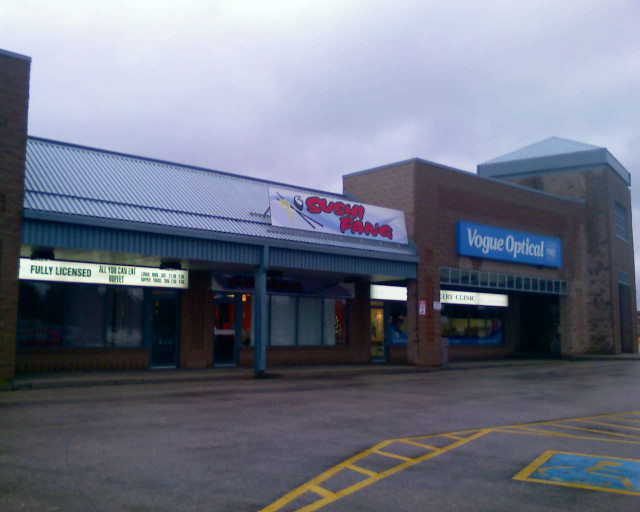 Here is a picture of a take-out box I had back in February:

Sushi Fang is a restaurant in New Minas that mostly sells Japanese food. They are semi-expensive [at least to me, but then again I don't often 'eat out' (that way too)], but the food is lovely. I've only eaten there once and the service was really slow so I ended-up getting take-out as we were in a hurry (but Mom & I did eat delicious mango ice-cream while we waited). I got a hibachi chicken bento; which came with hibachi chicken, 4 California rolls, miso soup, and a small bit of tempura (they also gave me a free salad that I ended-up dropping on the ground on the way out). I love tempura, and it is also one of the few ways I'll eat shrimp (in stock, dumplings/rolls, tempura, & sushi is about it). The tempura from Sushi Fang was all nice and fluffy & delicious~ I am really, really excited that they are opening in Greenwood (more excited than for Christmas even, but I'm also dreading Christmas :T ) as it's far closer to here than New Minas is. New Minas is about an 1 1/2 hour drive away (with a much longer bus ride, and Sushi Fang is about a 20 minute walk from the nearest bus stop), and Greenwood is about a 45 minute drive (the bus ride is longer, but the bus stop is right at the Greenwood Mall too). I peeked in as the door was open and a lady told me that they were supposed to open 2 weeks ago but that the propane guy hadn't been in yet, so they are hoping to be open next week. She gave me a menu though :D

I am so going to stuff myself with udon, tempura, miso soup, & mango ice-cream~
Collapse